* In case of any delay in receiving the OTP, you may verify it later. Please proceed without verification.

Enter your City name or Pincode

Chandil is an important town of Seraikella-Kharsawan district of Jharkhand. This place is widely recognized for its natural magnificence as it is majestically surrounded by rivers, green mountains, hills, water streams and worshipping places. This town has also significance for the state because the first commercial sponge irons plant is placed at Umesh Nagar in Chandil. To add more into its importance, Chandil has wonderful communication amenities for the people because it is well accessible via National Highways (NHs) 33 and 32 that connect it from other important places such as Ranchi, Jamshedpur and West Bengal. A number of travel attractions also add more charm into the beauty of Chandil. 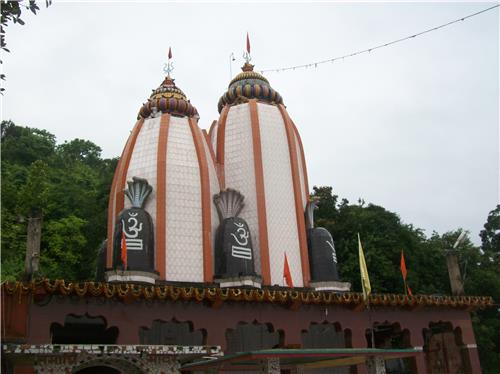 Chandil cordinates at 22.97°N 86.05°E and covers total geographical area of 37,372.59 hectors. The average temperature in Chandil remains around 26-35 °C. The summer season here is very hot particularly during the months of April to June when the temperature reaches up to 40 °C. The town witnesses heavy rainfall in the months of July and August. Average precipitation at Chandil remains at 337.7 mm. The temperature at Chandil decreases in December-January months when it is minimum 12 °C. So, for all the travel vacationers, the ideal time to enjoy an excursion to Chandil is during the months from November to March.

The small city of Chandil has a total population of 1, 15,295, as per the latest Census. It has more male population in comparison to females. Of the total population, most of the people live in rural areas of the city while the rest of them are placed in urban localities. The average literacy rate at Chandil is 39%. There are 106 villages in Chandil and 18 panchayats. Apart from that, Chandil is situated around 60 km towards North from its district - Seraikella-Kharsawan and almost 102 km towards west from the state capital - Ranchi. Chandil Block is surrounded by Jamshedpur Block toward South, Ichagarh Block towards West, Gamarhia Block towards South and Nimdeeh Block towards East. Besides that, the nearby cities of Chandil are Barughutu city, Purulia City and Jamshedpur city.

Chandil has its own railway station i.e. Chandil Junction Railway Station, which is on the Asansol -Tatanagar - Kharagpur line and Tatanagar - Barkakana line. By this rail route, you can easily travel from Chandil to other main cities like Ranchi, Hatia, Howrah, Jhargram and many more. However, the city has no bus stand so one can travel via own vehicle or can take Tata services to arrive at Chandil. The nearest airport to Chandil is Ranchi Airport, which is located around 93 km distance from the city.

Other nearest Railway Stations around Chandil are:

Chandil entices the attention of many holiday seekers via its natural beauty. It has worth to be visited attractions and that is the reason why they witness a large number of national and international tourists every year. Besides that, Swarnarekha River and Karkori River add more joy into the holidays of the vacationers. Chandil city also boasts of wildlife features and thus it is considered as a safe abode of Elephants, Sambhar, Deer and many species of birds and snakes. In addition to this, the town is also possessed many worshipping places where so many devotees come to pray the Almighty. Some of the main travel destinations of Chandil are mentioned below. 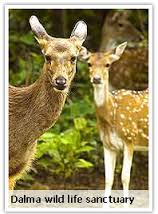 Dalma Wildlife Sanctuary: This wildlife sanctuary is popular for the large numbers of Deer and Elephants. It is considered as the safe abode of several wild animals such as sambhar, wild pigs, elephants, deer and varied species of snakes and birds.

Chandil Dam: One of the most visited natural beauties of this town is Chandil Dam. Located on the Swarnarekha River, this dam is 220 meter in height and 190 meter above the water level. Tourists, who come to visit this dam, enjoy boating and natural magnificence in and around the Chandil Dam. There is also a museum near to the dam which has scripts written on rocks that of 2000 years old. You can come here between the months of November and February because spending a winter afternoon here means lots of joy for the visitors.

Mathia Temple: Counted among the centers of Juna Akhada, Mathia Temple is an ashram of Swami Pramanand and abode of popular hath yogis. It is also known as Sadhu Baandh Mathia and the only Rath Yatra of Chandil is conducted by Mathia Temple.

Jayda Temple: It is an old temple of Lord Shiva where every year a fair is conducted during the festivals of Makar Sankranti. The temple is one of the pilgrimage sites of Jharkhand state and it is located on the route of Ranchi-Tata.

The beautiful city of Chandil has ample utility services for the people. The city has located the branches of all major nationalized and private banks in which the locals can take benefit of different types of banking services. Besides the banking facilities, the town also has large quantity of petrol pumps, general stores, photography studios and banquet venues which are utilized by the people according to their requirements. With regards to the utility services, Chandil also has a head post office in its area which provides all the postal facilities to the people.

While enjoying an excursion to the tourist spots of Chandil town of Jharkhand state, you can also entertain yourself by taking part in various kinds of festivals here. The people of this town collectively celebrate local festivals such as Tusu, Sohrai and Sarhul. These festivals reflect the way of town’s culture and the way of living of the local people here. Therefore, you can certainly make your holidays more memorable at Chandil by marking your present at these celebrations.

Chandil at a glance

Comments / Discussion Board - About Chandil